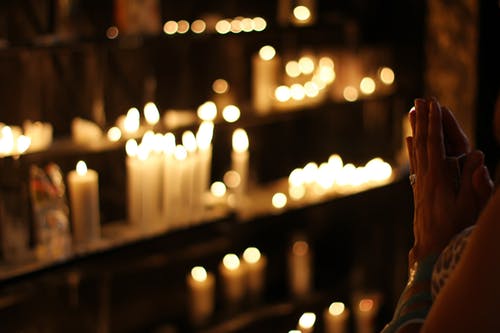 ‘God can be realized through all paths. All religions are true. The important thing is to reach the roof. You can reach it by stone stairs or by a rope.’ – Ramakrishna

Here, I’ll enlighten you by discussing the top seven similarities between different religions so that you strive to learn something from all religions instead of being judgmental.

1.Believe in the Existence of a Transcendent Place/State

All religions believe in a transcendent place/state. Christians call it Heaven, Muslims call it Jannah, and Buddhists call it Nirvana. These faiths believe there is no suffering in this place/state since it is characterized by happiness and peace.

2.Believe in the Creator

All religions believe in the existence of a Higher Power that created the universe.  Christians call it God, Muslims Allah, Hindus Brahma, and African Traditional Religions (ATRs) had several names for this entity.

All religions believe this power is all-powerful, omnipresent, and omniscient.

Islam, Christianity, and ATRs believe prayer can help an individual overcome suffering, while Buddhism teaches that practicing the Noble Eightfold Path liberates one from suffering.

Christianity encourages generosity because ‘The Lord Loveth a cheerful giver,’ while Islam claims Zakat (charity) results in blessings and purifies a giver’s heart.

Buddhism encourages generosity because it paves the way to enlightenment while ATRs provided thousands of reasons for generosity through proverbs such as ‘atendaye mema atalipwa zizo (anyone who does good deeds will be repaid).’

All religions believe in the existence of spiritual entities. Muslims and Christians believe in angels, while Hindus believe in deities such as Shiva, Ganesha, and Hanuman. ATRs believe in spirit guides.

Muslims encourage moral behavior because it pleases God while the ATRs believed moral uprightness was good for the society’s well-being.

7.Have Holy Places of Worship

All religions have special places for performing spiritual practices. Christians perform praise and worship in the church while Muslims pray in the mosque. African cultures and Hindus use shrines to worship their gods.

Instead of judging religions with teachings that differ with our spiritual beliefs, we must study them because doing so will provide us with several spiritual insights that our religion lacks. Lastly, studying various religions will enable us to pinpoint spiritual truths we won’t know if we believe ours is the only true religion.

Peace be with you

Welcome to my facebook group: The Unbounded Wisdom Community for insightful quotes and ideas

The Hidden Meaning of the Fall of Adam and Eve

The Most Hidden Secret of the World’s Greatest Inventors