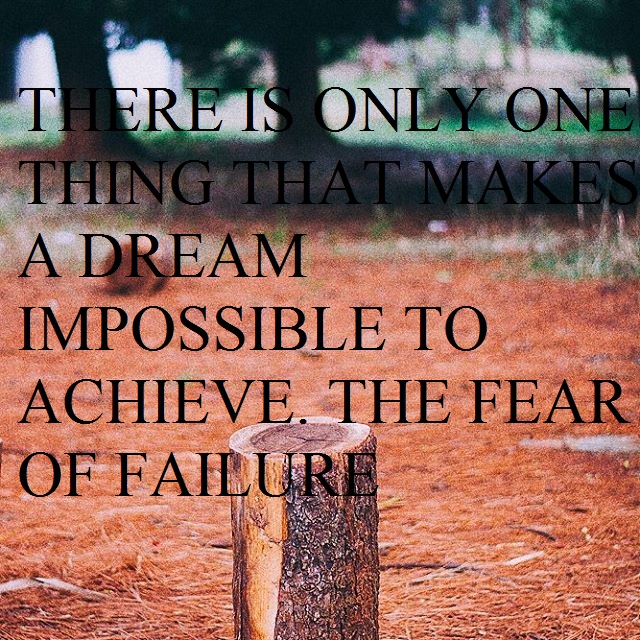 The fear of failure is the biggest impediment to success because it prevents us from taking risks and going our own way. Overcoming it enables us to fearlessly lose ourselves in opportunities, increasing our chances of achieving success.
I believe we can easily overcome this fear if we know where it comes from, as it’s always easier to deal with a problem after knowing its causes.
Here, I will share five reasons why people fear failure.

Our limited mindset is the key reason why we fear failure. We don’t believe in second chances.

We think life only gives us one chance, believing that we’ll never get another opportunity if we fail. Little do we know that opportunities are like buses, there is always another one coming.

The Need for Perfectionism

Another primary cause of the fear of failure is perfectionism. Today, everybody wants to appear perfect in the eyes of the society, and therefore we don’t want to fail in anything because we think that failure might jeopardize our sense of perfection.

School Conditioned Us to Fear Failure

School made us believe that it’s not okay to fail. This institution made us fear failure and have a negative perception of it, resulting in us growing up into adults who still fear failure.

Most of us fear failure because we are mainly concerned with what others will say/think about us if we fail. We fear that the society might classify us in the ‘failure category’ in case we fail.

Nobody wants people to think they are failures. We all want to be respected, and we know that people might look down on us, and say bad things about us if we fail.

We don’t believe in ourselves

I also used to fear failure, but now the fear is gone because I realized that I can’t succeed without failing. I studied many successful people, and I realized that most of them failed terribly before succeeding.

I also overcame the fear of failure by realizing that I am can rise from failure because I am the consciousness that created the world.

Just like me, you can also stop fearing failure by realizing its importance and knowing who you really are.

Failure will never overtake me if my determination to succeed is strong enough – Og Mandino: American Author

You Can Find Me on My Facebook Group –Unbounded Wisdom Community

Does Motivation Work? Or is it Garbage?