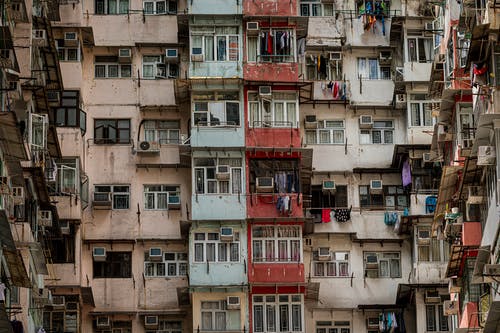 ‘Of one thing we can be certain: a person that is engaging in violence is hurting deeply, because a healthy and balanced soul is incapable of harming another.’ – Gary Zukav, Seat of the Soul

I live near a slum, and I realized that boys in the slum love fighting. Hardly a day passes without a fight.

This observation encouraged me to study the relationship between violence and poverty. I then found that several poor areas worldwide have high violence levels than rich regions.

I contemplated the possible reasons for violence in impoverished areas and realized that high stress levels among poor communities are the primary cause of high violence levels. These communities are usually stressed about several things in life. They have unstable or below-average incomes that prevent them from sending their kids to good schools and finding good places to live. They also feel that their governments are unfair because they seldom allocate resources towards their regions.

Constantly thinking about their living conditions leads to high stress levels, which make them vulnerable to anger and irritability. They then release the feelings of anger through violent activities. Veronika Jenelik, in her article, Link between Poverty and Violence Complex, writes, ‘stress from living in poverty is a key cause of aggressive behavior.’ She then claims that Roger Senserrick, the Connecticut Association for Human Services (CAHS)’ police coordinator, found that ‘adolescents living under constant stress, such as wondering where the next meal is coming from, may become aggressive or violent.’

I believe people in poor areas are usually angry because they think life is unfair to them. They wonder why some people are privileged while they are poor. They are mad at life for not placing them in well-off families. They are also angry at other people for not helping them. They know that poverty can end if people unite towards eradicating it. Thus, they are resentful because they believe many people care about themselves and avoid helping them despite their ability to do so.

They then resort to violence to capture society’s attention. Violence also helps them express or release their suppressed feelings.

Therefore, we must stop believing the idea that people living in the ghettos, projects, or slums are violent because of their racial/cultural background, foolishness, or inability to reason. Instead, we must practice compassion by putting ourselves in their shoes. If we do so, we will realize that most of us could also be violent if we were born in poor areas.

To conclude, our duty as an awakened society is to do whatever we can to help impoverished communities even when their violent activities do not affect us. Doing so will enable them to transcend their resentful feelings and become loving by showing that the world cares about them. Most importantly, doing so will allow us to serve the Creator who expresses himself in all beings.

Peace be with You.

Top 30 Powerful Signs You Are Unhappy