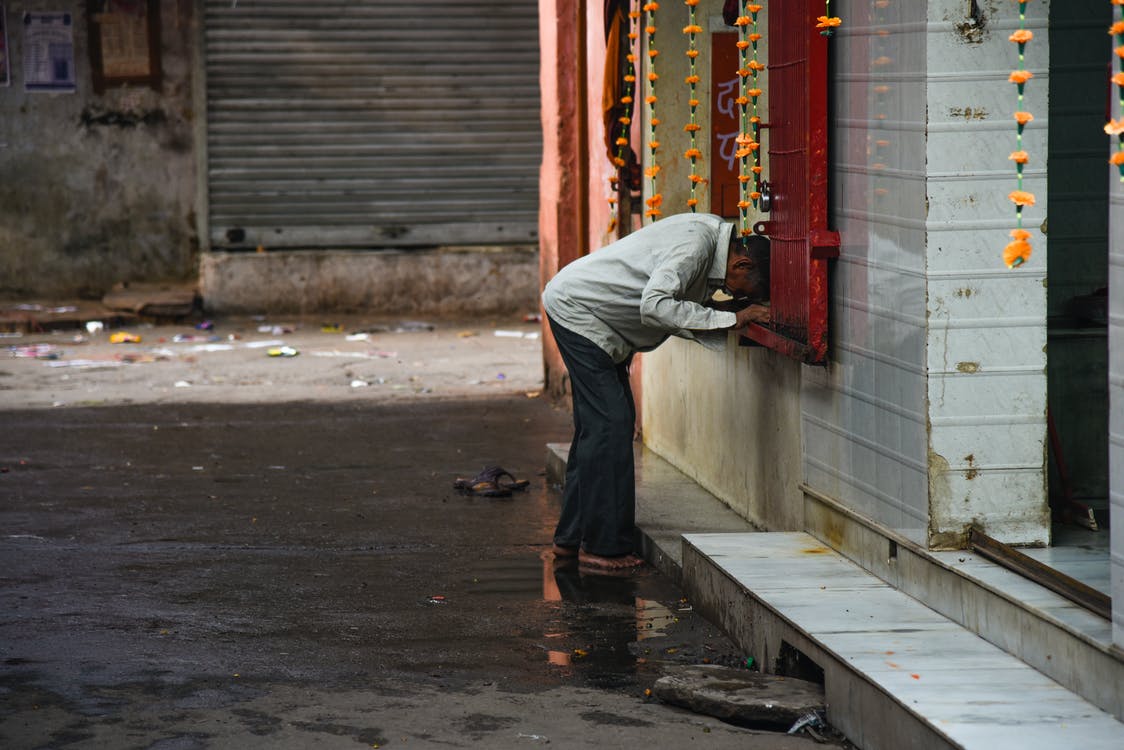 After contracting IBS on January 2021, I visited the toilet 8 to 12 times every day. I was stressed: I panicked because I had never experienced this health complication before.

I tried to cure the illness with antibiotics, meditation, and prayer but nothing worked. The sickness persisted, and I lost weight too quickly. Within three months, I lost 12 kgs. I almost believed that I had intestinal cancer. I wondered how much weight I would lose by the end of the year, considering that I had lost about 12 kg within three months.

Despite feeling unwell and anxious, I posted articles on my blog and read several books. My sickness never became an excuse for laziness.

Anyway, I visited hospitals and the doctors gave me medications that did nothing but worsen my health condition. I was desperate to find a cure for my illness; therefore, I watched YouTube videos on curing IBS and tried their treatment methods, but nothing happened.

While watching the Youtube videos on curing IBS, I read comments and noticed that most individuals suffering from IBS were negative. They believed they would experience IBS symptoms for a long time. I never stumbled upon a comment of an individual who believed God’s grace would cure their health complication. I then realized that most people experience IBS symptoms for an extended period because they are negative.

Thus, I prayed to God and strived to maintain a positive attitude even when my symptoms worsened.

My parents forced me to move back with them because they were worried about my health condition. My mother is a retired nurse, and she believed it would be easier for her to treat me if I moved back home.

One week after moving home, I visited a gastroenterologist who really helped me. Unlike other medical practitioners, he was so positive. He prescribed Librax and told me that I would be okay after a month. He also told me to avoid foods that worsened my symptoms.

I took 2 Librax tablets a day and avoided cooking oil, fried foods, processed foods, tomatoes, mangoes, oranges, watermelons, and bananas. I lifted weights, prayed, and repeatedly told myself that my health was getting better every day. I also avoided alcohol and marijuana. My stool frequency dropped to 2 – 3 times a day after two months.

I then stopped taking Librax gradually. However, my stool was still watery, and some foods still worsened my symptoms.

I then abstained from sexual intercourse after reading that semen retention causes faster healing. Two weeks after abstaining, my stool became hard, and the symptoms never worsened despite drinking wine and eating the foods I was told not to eat. After two months, I still visited the toilet twice a day, but my stool quantity reduced.

Today, I am happy because, although some medications trigger IBS symptoms, I can eat almost any food without worrying about my stool frequency.

Different treatment methods have different effects on different people. Nevertheless, I am confident that you can eradicate your IBS symptoms if you avoid foods that trigger them, stimulants such as alcohol, cigarettes, marijuana, and embrace any spiritual practice. Mostly, I believe you will heal faster if you abstain from sex for a while. Sexual intercourse consumes a lot of energy. Thus, abstinence will allow the body to have more energy for healing.

The fluids we release during sex have important minerals such as magnesium that the body uses for digestion. Therefore, abstaining from sex will enable your digestive system to have an abundance of minerals useful for digestion, enabling quick recovery.

Lastly, although IBS was the worst thing that has ever happened to me it was also my greatest blessing. The health complication forced me to eat healthy foods and avoid stimulants. I never believed I could avoid wine for a year. The sickness showed me that I can quit alcohol and marijuana when I want to. Thus, I stopped being a slave to stimulants and I now eat a healthy diet.

I wish you well.

Surrender: A Powerful Approach to Life

20 Things You Should Know at the Beginning of the Year